Rivers State Police Commissioner Friday Eboka has ordered full investigation into the killing of four men and a female Nurse by gunmen in Oyigbo Local Government Area at the weekend.

Eboka who gave the order advised the Divisional Police Office at Oyigbo to be vigilant as intelligence gathering and other security reports would soon reveal the identity of the unknown gunmen parading in some parts of the State with a view to bringing them to Justice.

According to him, some unknown fleeing gunmen with wounds, suspected to have killed seven Policemen along the East-West Road and Elimgbu Police Station two weeks ago were taking treatment at a hideout when another gang of gunmen stormed the place killing five of them including the Nurse.

He said they also flee to unknown destination before Police  arrived the Scene. 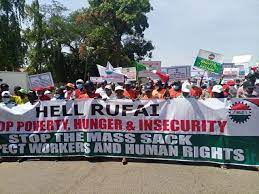