Preparations have been completed for the Guardians of the Nile, an Egyptian-Sudanese Training Drill, which is due to take place from May 26th 2021.

The Sudanese Military said that air defense and land forces of both countries would take part in the six days exercise, which aimed at exchanging military expertise, enhancing cooperation and unifying action methods to counter threats.

The Guardians of the Nile drill will be followed by a join naval exercise in the Red Sea.

The Joint Drills Nile Eagles I and Nile Eagles 2 previously took place at Sudan’s Marwa Air Base with Commandos and the air forces of both Countries.

GOVERNOR WIKE ACCUSES CHIBUIKE AMAECHI FOR EMBEZZLING PROCEEDS FROM THE SALES OF THE STATE AIRCRAFT AND POWER STATIONS. 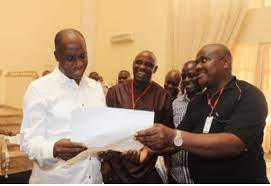 NLC SUSPENDS THE 5-DAY WARNING STRIKE IT EMBARKED TO FORCE THE KADUNA GOVERNOR MALAM EL-RUFAI TO RESCIND HIS DECISION TO SACK MORE WORKERS IN THE STATE. 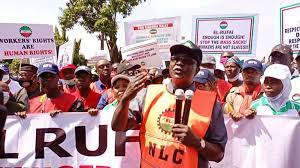