GOVERNOR WIKE ACCUSES CHIBUIKE AMAECHI FOR EMBEZZLING PROCEEDS FROM THE SALES OF THE STATE AIRCRAFT AND POWER STATIONS.

Governor Nyesom Ezenwo Wike has accused the Minister of Transportation, Chibuike Amaechi of embezzlement of proceeds from the sales of the State Aircraft and Power Stations.

He has also offered to resign from office, if Amaechi can mention any Federal Project he had attracted to Rivers State as a Minister since 2015.

Governor Wike made the remarks at the formal defection of two former Chairmen of the All Progressives Congress, APC in the State, Dr Igo Aguma, as well as other Chieftains of the opposition to the Peoples Democratic Party, PDP in Port Harcourt.

Governor Wike explained that Amaechi, who is his Predecessor had claimed he sold a Dash-8 Aircraft purchased by former Governor  Peter Odili’s administration to the Government of Cross River State at the cost of six Million Dollars, but had failed to account for the proceeds of the transaction till date.

Governor Wike who noted that Amaechi’s reign in office as Governor was characterized by financial malfeasance, maintained that the three hundred and eight Million Dollars paid by Sahara Energy to acquire the State Independent Power Projects was diverted by the Minister.

The Governor who cited several projects he attracted to Rivers State while he was Minister of State for Education under the President Goodluck Jonathan administration challenged Amaechi to emulate him by reviving the moribund Port Harcourt Seaports in order to create employment opportunity for Rivers Youths.

In his speech, the State Chairman of PDP, Ambassador Desmond Akawor said the defection of Dr Ikaniya, Aguma and others marked the formal interment of the opposition in Rivers State.

Narrating his reason for leaving the APC which he founded in Rivers State Dr Davies Ikanya explained that he cannot with good conscience remain in a political party that was built on deception.

On his part, the immediate past Caretaker Committee Chairman of APC, Igo Aguma accused Amaechi of brain-washing him and others to join the APC and called for the prosecution of the Minister of Transportation for the mismanagement of over $370 Million allegedly spent on one-point-five kilometer now abandoned Monorail Project.

APEX PAN SOCIO-CULTURAL GRASS-ROOTS BASED ORGANIZATION IN THE SOUTH-SOUTH ”THE MANGROVE PEOPLE LEADERSHIP INITIATIVE” ISSUES A 21 DAY ULTIMATUM TO ALL HERDSMEN TO VACATE THE REGION OR FACE THE FULL WRATH OF THE PEOPLE. 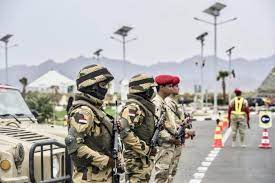