ABDULRAZAG NAMDAZ NARRATES HOW HE MISSED BOARDING THE MILITARY PLANE THAT CRASHED IN KADUNA.

A member of the House of Representatives, Abdulrazag Namdaz, has narrated how he missed boarding the Military Plane that crashed in Kaduna, killing the Chief of Army Staff, Ibrahim Attahiru and ten other personnel.

Namdaz who chairs the House Committee on Army announced this in a Television interview.

The lawmaker said he was invited to attend the passing out Parade of Soldiers in Kaduna State.

He said he would likely have boarded the same plane with Attahiru if he had honoured the invitation.

Namdaz said he is sad and devastated about the death of the COAS.

He described the day of the Military Plane Crash as a Black Friday.

The Legislator stated that Attahiru demonstrated that he had the capacity to take out Boko Haram insurgents.

PROFESSOR ITSE SAGAY CALLS FOR ADOPTION OF THE 1963 CONSTITUTION TO ADDRESS AGITATIONS IN SOME OF PARTS OF THE COUNTRY. 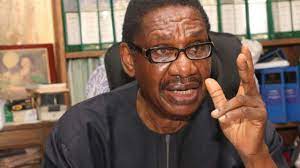 DSS ADVISES NIGERIANS TO SHUN ANY REPORT THAT THERE IS RECRUITMENT EXERCISE CURRENTLY GOING ON AT THE AGENCY. 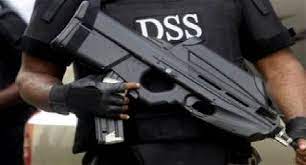