Rivers State Governor, Nyesom Ezenwo Wike has stated that there was no basis for the Rivers State Chapter of the Judiciary Staff Union of Nigeria, JUSUN to have joined the on-going national strike as the State Judiciary was enjoying and  continued to enjoy financial autonomy and much improved  staff welfare.

He has also stated that the State Government would not set up any committee on the implementation of financial autonomy for  the Judiciary and Legislative Branches as agreed by the Federal Government, the Governors’ Forum and JUSUN as the matter  remained a non-issue.

He noted that both the Judiciary and the State House  of  Assembly had not been starved of financial release as they had  all received their 2021 first and second quarters’ Capital and  Constituency Projects across the State.

Governor Wike who observed that the State Government cannot be intimidated by anyone on matters that bordered on the  collective interest of Rivers State, noted  that government would  have no option but to implement the prevailing law on no work, no pay if JUSUN failed to call off its strike by the end of this  month.

The Governor lauded the retiring Chief Judge of  the  State, Justice Adama Iyayi-Lanmikanra for her meritorious and unblemished service and contributions to the development of  the State, noting that her passion for truth, fairness and Justice  is remarkable.

He observed that under the leadership of Justice Iyayi-Lamikanra, the State Judiciary effectively enjoyed both administrative and financial autonomy and she also ensured  effective cooperation and complementary among the Judiciary , the Executive and the Legislative Branches of government in the overall interest of the State.

In her remarks, the retiring Chief Judge of the State, Justice Adama Iyayi-Lamikanra stated that despite the  challenges  faced, she remained committed to her responsibility and  focused on how to improve Justice delivery, emphasizing that the State Judiciary is Second to none in human and  infrastructural development in the Country.

She noted that Rivers State Government was already complying with the financial autonomy for the State Judiciary before JUSUN strike and  thanked the  State  Governor for his support to the Judiciary as well as the people of  the State for the  opportunity, given her to serve. 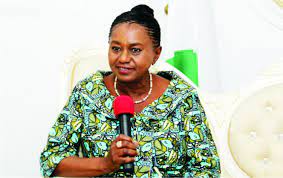 CHAIRMAN OF PRESIDENTIAL COMMITTEE AGAINST CORRUPTION, PROFESSOR ITSE SAGAY HAS RECOMMENDED RETURN OF 1963 CONSTITUTION TO ADDRESS THE COUNTRY’S NUMEROUS PROBLEMS. 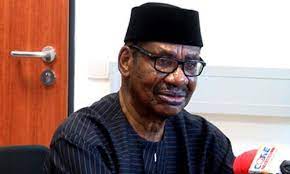