More than five years after an Italian students body was found in Cairo, a Rome judge says four senior Egyptian security official should face trial over his kidnap, torture and murder

His body was so badly disfigured, his Mother could barely identify him

The murder has heightened tensions between the two countries Italian and Egyptian investigators had originally tried to work on the case together, but when Rome prosecutors pushed for a trial in late 2020, their counterparts in Cairo said there was insufficient evidence to support the accusation in court

Egypt said evidence had been found that Regeni has been robbed by a criminal gang, but that the killer had not been identified.

PRESIDENT BUHARI’S SPOKESMAN, GARBA SHEHU SAYS THE PRESIDENT IS NOT IN SUPPORT OF OPEN GRAZING.

BILL SEEKING TO SCRAP NYSC REACHES 2ND READING IN THE HOUSE OF REPRESENTATIVES. 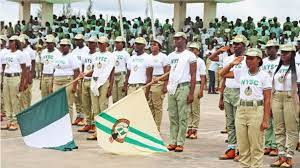