AT LEAST 3 TEACHERS REPORTED DEAD AND 15 WOUNDED AFTER A ROADSIDE BOMB HIT A BUS CARRYING UNIVERSITY STAFF IN AFGHANISTAN.

On the Freign Scene, at least three teachers have died and  fifteen others wounded after a roadside bomb hit a bus carrying University Staff in Afghanistan.

Professors  and  Staff from Al-Biruni University were  travelling through Charikar, the  Capital of  Parwan Province, about  seventy kilometers north of  the  Capital, Kabul.

No group has  claimed  responsibility.

Afghanistan has been increasing violence  in recent weeks  as  the  US and  NATO prepare to withdraw all troops.

A spokesman for the Ministry of  Higher Education said some of  the wounded  teachers were in a critical in a critical condition and the University’s Chancellor was also injured  in the  attack. 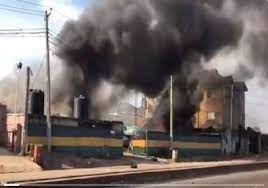 ISRAELI PRIME MINISTER, BENJAMIN NETANYAHU TRIES TO DISSUADE HIS OPPONENT FROM FORMING A GOVERNMENT AS HE SEEKS TO HOLD ON TO POWER. 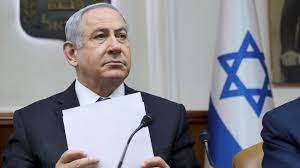