GOVERNOR WIKE URGES LEADERS OF CHURCHES IN NIGERIA TO FAST FOR A SMOOTH TRANSITION AND WITH GOD FEARING MAN TO SUCCEED IN 2023.

Rivers State Governor Nyesom Ezenwo Wike has called on leaders of Churches in Nigeria to fast and pray for a smooth transition and a man with the fear of God to succeed in 2023.

He has also reiterated his stand that no Single individual will impose a candidate for the 2023 Governorship election in the  State.

Governor Wike was speaking at the thanksgiving service to mark the Second Anniversary of the Second tenure of his  administration at Saint Paul’s Cathedral Diobu, Port-Harcourt, emphasizing that he has also not promised anybody as his successor.

Governor Wike who noted his ordeal during the 2015 and 2019 elections, however ascribe his achievements in God and his continued grace to provide democratic dividends to Rivers people.

He assured Rivers people that he would use the remaining two years of his administration to make the people of the State  happy and announced that a tenth flyover would be constructed at the Water Tank area of Rumukwurushi in Obio/Akpor Local Government Area.

Governor Wike noted that service to Rivers people would  continue to be  his  utmost priority, saying all evil plan against his administration will fail.

In his  Sermon, Bishop, Diocese of Niger Delta North, Church of  Nigeria Anglican Communion, Right Reverend Wisdom Budu Ihunwo stressed the need for people  to always ascribe their  success  to God as he alone deserves the glory.

Right Reverend Ihunwo who noted the developmental strides of  the Governor in the  areas  of  road  infrastructure, education, Agriculture, Sports and Support to Churches  particularly at a  time when the Country is  witnessing recession and States are  sourcing for funds to embark on projects, admonished the Governor to ascribe  his achievements to God to enable him finish strong. 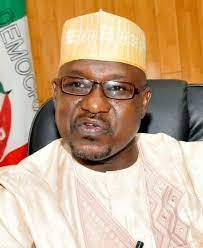 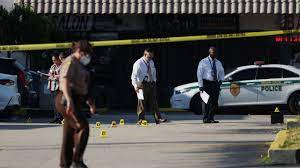