A global rights group, Amnesty International has condemned the alleged shooting of a citizen Journalist and activist Omoyele Sowore in the Maitama Area of Abuja.

The incident which occured on Monday left Sowore with an injury on his thigh and led to the abortion of a mobilization rally against insecurity in the Country.

In a terse statement, Amnesty International stated that protesters deserved to be listened to not shot at.

It therefore called on the Federal Government to investigate the alleged shooting and bring the perpetrators to justice. 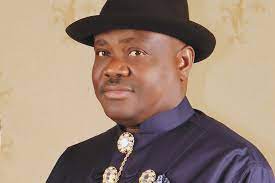