A new executive to pilot the affairs of the Nigeria Guild of Editors, NGE for the next two years has emerged.

This is the outcome of the Guild’s 2021 convention held in Kano.

In a keenly contested election in which two hundred and forty one delegates from the various parts of the Country voted, the incumbent Mustapha Isah was re-elected President, Ali M. Ali Deputy President, While Samuel Egbala, Bolaji Adebiyi, and Habib Nuhu emerged as Vice Presidents of the various zones. 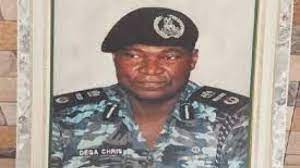