Rivers State Government is to demolish all illegal structures and markets  from Ahoada East Junction to Elele  Alimini along the East West Road from Wednesday next week.

Governor Nyesom Ezenwo Wike disclosed  this  today during  the  flag-off of  Ahoada  campus  of  the  Rivers State  University and  the  dualization of Ahoada-Omoku road in Ahoada  town, Ahoada East Local Government Area.

Governor Wike said the  State Government did not authorize the building  of the illegal structures and buildings in the School, warning that Government will not  hesitate   to demolish  any structures  found within the  said  areas  from Wednesday.

He announced  that government  has  released  all the  needed  funds for  the take-off of the three campuses of the University, and urged the management  of  the  institution to work toward  the  establishment  of  a full-fledged University of Agriculture in Etche before the end of his  administration.

Speaking on the Ahoada-Omoku road, Governor Wike who had  earlier  supervised the signing of agreement  between the  State  Government  and Julius  Berger  for the  dualization of  the  first phase of  the  six  kilometer road, assured  the  people  of  Ahoada of his commitment  to transform the  area  to a city status.

Performing  the  flag-off of the Ahoada Campus of Rivers State University, Former Vice Chancellor of the University of Port-Harcourt, Professor  Joseph Ajienka  said  the  quality of development  experienced  in the   State under  Governor Wike is  revolutionary, pointing  out that the  Campus will create access to higher education among the people of  Ahoada.

On its part, the Former Deputy Speaker, House of Representatives,  Prince Chibudom Nwuche who flagged off the Ahoada-Omoku road, lauded  Governor Wike for  been apolitical, urging those  in power  to focus  their  attention on lifting  people rather  than  pulling them down.

In his remarks, the Vice Chancellor Rivers State University, Professor Nlerum Okogbule said the Ahoada Campus of the University will serve as  faculty of  Humanities. 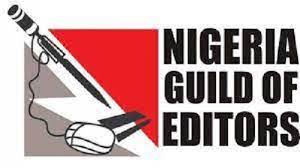 SIR SAMPSON FIBERESIMA, THE GENERAL MANAGER OF RIVERS STATE BROADCASTING CORPORATION RESTATED THE CORPORATION’S COMMITMENT TO SUPPORT THE SAFTY OF MOTHERS AND A BETTER FAMILY.