Rivers State Police Commissioner Friday Eboka has ordered the State Criminal Investigation Department to immediately take over and investigate the “One Chance” robbery incident that took place on Wednesday  at Choba Road near the Obiri Ikwerre Fly Over in Obio/AkporLocal Government  Area.

Police spokesman Nnamdi Omoni who disclosed this in a statement in Port Harcourt confirmed the arrest of one of the suspects of the robbery gang already detained at the Choba Police Station.

it would recalled that a three-man robbery gang including a woman in a  taxi plying  Choba- Ozuoba NTA Route and its environs on Wednesday  attempted to rob a filling station manager Samuel Ibrahim of one point five million Naira on his way to the bank.

Luck however ran out of them when the Manager strongly resisted them thereby attracting helpers as the vehicle ran into a gutter while one was arrested and others fled. 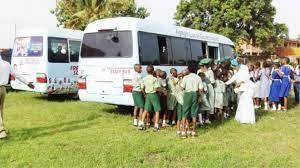