HOUSE OF REPRESENTATIVES CLASH OVER DEMAND BY THE PDP CAUCUS FOR REVERSAL OF THE BAN OF TWITTER.

Members of the House of Representatives yesterday clashed over demand by the People Democratic Party, PDP, caucus for reversal of the ban on the operation of Twitter.

The Federal government also threatened to arrest and prosecute anyone using Twitter in the country, while the National Broadcasting Commission NBC asked all Broadcast Stations to suspend patronage of twitter.

However as soon as Gbajabiamila was done with his speech leader of PDP caucus Kingsley Chinda raised a point of order, while commending the Speaker for being proactive, he proposed that the government be urged to rescind the ban on Twitter pending the completion of the House investigation.

Gbajabiamila ruled him out of order, saying a decision had already being taken on the issue.

As the PDP caucus leader tried to speak further House Leader Alhassan Ado-Doguwa and Chief Whip Tahir Monguns heckled him asking him to sit down and be guided by the ruling of the speaker.

At that point Chinda took his stuffs and left the Chamber followed by other PDP lawmakers. 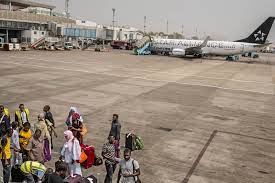 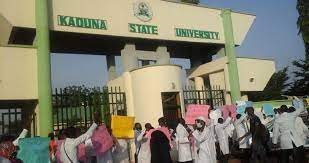