PASTOR SONNY WOGU URGES CHRISTAINS TO BE CHRIST LIKE IN ALL THEIR DEALING IN LIFE.

A Clergyman, Pastor Sonny Wogu has urged Christian to be Christ Like in all their dealing in life.

Pastor Wogu gave the charge during an interview with newsmen in Port Harcourt.

According to him, Christ exhibited and demonstrated unconditional love to mankind and enjoined Christians to maintain his footstep in order to achieve set goals.

The Pastor who is the Assistant Regional Pastor of Redeemed Christian Church of God, Rivers Region thirty three and the Provincial Pastor, Rivers Province eight said Christians should love and pray for everybody even their enemies.

He stated that even during the crucification of Christ, he prayed for his crucifiers.

The Man of God also called on Christians to pray with faith especially in the face of challenges in order to achieve set objectives.

Pastor Wosu enjoined Christian to make love their watchwords and urged people to embrace real love, which is agape.

GOVERNOR RON DE SAINTS SAYS PEOPLE ” HAVE A RIGHT TO KNOW” HOW A TWELVE-STOREY BUILDING COLLAPSED IN THE CITY OF MIAMI, U.S 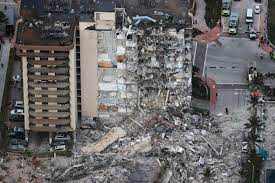