Pope Francis was discharged from Gemelli University Hospital in Rome on Wednesday, ten days after undergoing surgery for colon diverticulitis.

In response to questions from Journalists, the Vatican Spokesperson, Matteo Bruni said the Pontiff was discharged shortly after ten-thirty am, local time.

Bruni added that before returning to the Vatican, the Pope went to the Basilica of Saint Mary Major where in front of the icon of the Virgin Mary Salus Populi Romani, he expressed his gratitude for the success of his surgery and offered a prayer for all the sick, especially those he had met during his stay in hospital.

Reports say on Sunday, the eighty-four-year-old conducted his weekly Angelus prayer from hospital, appearing publicly for the first time since his surgery a week earlier. 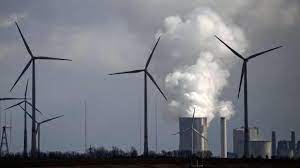