GOVERNOR WIKE ADVOCATES THE NEED FOR THE NIGERIAN ARMY TO HAVE AN ENTIRELY SELF RELIANT DEFENCE INDUSTRIAL SECTOR.

Rivers State Governor Nyesom Ezenwo Wike has advocated the need for the Nigerian Army to have an entirely self reliant defence industrial sector that is driven substantially by local technological imputs that meet the needs for assembling modern military weaponry, equipment, including missiles and other combat capabilities.

He also stressed the need for increase in the national defence and security budget as well as mobilizing adequate resources to support and advance the implementation of strategic initiatives and strategy for the development of indigenous defence technology including autonomous systems, advanced materials and manufacturing in partnership with civilian industrial and technological sectors for the defence of the Country.

The Governor who noted the backwardness of the Country in the modernization of its armies and combat readiness in response to the increasingly changing nature and modern times battlefields among her contemporaries, described the theme of the training as apt.

He urged the Federal Government not to be deterred in building the most modern and strongest army in Africa and restore the Country and the black race to a position of strength pride and prosperity.

Governor Wike reiterated his administration continued commitment and support in enhancing the capacity, capability of the Armed Forces to perform her external and internal duties in protecting the Country, emphasizing that the eleven new armoured-plated gun boats promised the army and Navy formations in the State are under way for onward delivery.

Declaring the programme open, the Chief of Army Staff, Lieutenant General Farouk Yahaya said the programme is an annual event organized by the combat support arms of the Nigerian Army for participants to brainstem and re-strategize towards providing effective support to all Nigerian Army operations.

He reaffirmed his commitment to transform the Nigerian Army to a professional army ready to accomplish assigned missions within a joint environment in defence of Nigeria.

Lieutenant General Yahaya urged personnel of the Nigerian Army to continue to conform to the tenants of democracy by remaining apolitical and uphold military professionalism at all times. 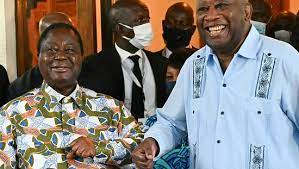