PEOPLES DEMOCRATIC PARTY, PDP, EMBATTLES NATIONAL CHAIRMAN OF THE PARTY UCHE SECONDUS WAS BARRED FROM ATTENDING THE NATIONAL CAUCUS MEETING OF THE PARTY.

But as the meeting got underway in the National Executive Committee, NEC Hall of the party, Secondus remained in his office as Akinwonmi declared the meeting open.

Meanwhile, the party has fixed October 30 and 31 for its National Elective Convention.

The former Senate President, David Mark was appointed to Chair a Committee to interface with aggrieved members who took the party to court with a view to having their cases withdrawn.

Addressing newsmen at the end of meeting, Sokoto State Governor and Chairman of the PDP Governors’ Forum, Aminu Tambuwal denied receipt of the Court Order which purportedly returned Secondus to office.

He appealed to all well meaning members of PDP to sheath their sword and embrace peace as Nigerians are waiting for PDP.

SOME PARTS OF PORT HARCOURT AND OBIO/AKPOR LOCAL GOVERNMENT AREAS WERE ON SATURDAY SUBMERGED FOLLOWING A HEAVY RAIN THAT HIT THE CITY. 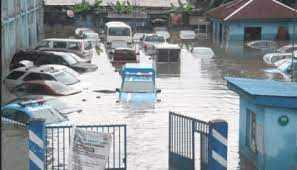 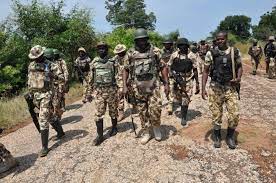