THE NIGERIA MILITARY UEGES RESIDENTS OF PLATEAU STATE NOT TO LISTEN TO THE CALL BY THE STATE ASSEMBLY TO TAKE UP ARMS AND DEFEND THEMSELVES AGAINST BANDIT TERRORISTS.

The Nigeria Military has asked residents of Plateau State not to listen to the call by the State Assembly to take up arms and defend themselves against bandit terrorists.

Following the recent killings in the state, the Assembly had directed residents of the State to pick up arms  and defend themselves against the bandit terrorists.

Speaking at a press conference in Jos, Chairman of the House Committee on Information, Philip Dasun said the Assembly condemned the barbaric and dastardly killing in the state.

But in a statement in Jos on Monday, the Special Task Force, Operation Safe Haven, OPHS, berated the Assembly for calling on residents to take up arms in the guise of self defence.

GOVERNOR OF BENUE STATE, SAMUEL ORTOM SAYS THE AGENDA OF FULANI HERDSMEN IN NIGERIA IS TO TAKE OVER THE ENTIRE NATION. 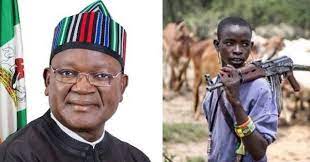 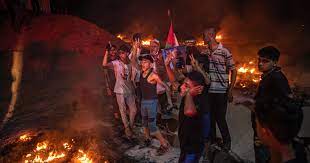