Written by miebaka ikiriko on November 1, 2021

The National Convention of the Peoples Democratic Party, PDP, held over the weekend has ended with new officers who emerged mainly as consensus candidates to pilot the affairs of the party with Iyorchia Ayu emerging as the National Chairman and Umar Iliya Damagun as the Deputy National Chairman North. 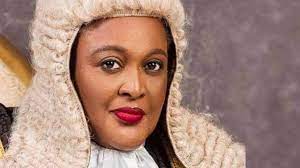