PORT HARCOURT BASED SOCIAL CLUB TEAM 45 NIGERIA ELECTS A NEW GOVERNING COUNCIL TO RUN ITS AFFAIRS FOR THE NEXT TWO YEARS.

A Port Harcourt based Social Club Team 45 Nigeria with the objective of promoting unity, friendship and love among members and advancement of humanity has elected a new Governing Council to run its Affairs for the next two years. Those elected are Chief Temple Amadi- Team President, Chief Lucky Chinedu Echem – Vice President, Dr […]

PRESIDENT BUHARI WRITES SENATE SEEKING FOR APPROVAL OF $4.054B AND E710M 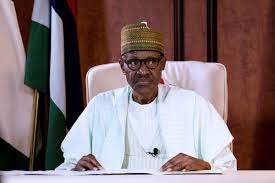 President Mohammadu Buhari has written the Senate, seeking for the approval of fresh borrowing of over Four-point-zero-five-four Billion Dollars and Seven Hundred and Ten Million Euros in an addendum to the 2018-2020 borrowing plan. This is contained in a letter addressed to both chambers of the National Assembly and read on the floor at the […]

President Vladimir Putin will self-isolate after Coronavirus cases were detected in his inner circle as Russia struggles with high covid infection rates. Putin was due to travel to Tajikistan’s Capital, Dushanbe for a regional summit later this week but in a call with President Emomali Pakhmon said he would not be able to attend in […]

ASUU THREATENS TO EMBARK ON STRIKE ANYTIME FROM NOW 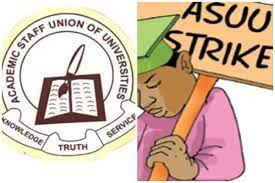 The Academic Staff Union of Universities, ASUU, has said its members would embark on strike anytime from now, as the Federal Government is reneging on its promise to implement the Memorandum of Action, MOA, the two parties signed last December. Briefing Newsmen in Lagos the Lagos Zonal Coordinator, Dr Adelaja Odukoya also accused the government […]

No fewer than twelve people have been killed following an attack by gunmen on Peigyim Village near Kibori at Atyap Chiefdom in Zangon Kataf Local Government Area of Kaduna State. Kaduna State Commissioner for Internal Security and Home Affairs, Samuel Aruwan who confirmed the attack in a statement explained that the gunmen invaded the community […] 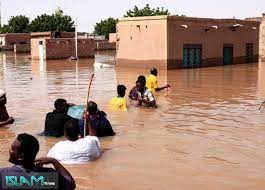 More than eighty people have been killed by flooding in Sudan since the beginning of the rainy season in July. Spokesman for Sudan’s National Council for Civil Defence said that eighty-four people had died and sixty-seven injured. The torrential rains have affected at least fourteen of the eighteen Provinces with over thirty thousand houses destroyed […]

RESIDENTS OF RIVERS STATE CALL ON THE STATE GOVERNMENT AND SECURITY AGENCIES TO BEEF UP SECURITY FOR CONTRACTORS WORKING ON GOVERNMENT PROJECTS IN THE STATE.

Residents of Rivers State have called on the State Government and Security agencies to adequately provide security for contractors working on government projects in the state. This followed the kidnap of a Lubrik worker along Israel-Ama on the road leading to Kalabari Kingdom. In a chat with Radio Rivers Reporter, Jennifer Achese-Jama an eyewitness who […]

CHILDREN’S MINISTRY OF THE CHURCH OF CHRIST, THE GOOD SHEPHERDS PAYS AN EXCURSION VISIT TO THE FM STATION OF THE RIVERS STATE BROADCASTING CORPORATION IN PORT HARCOURT.

The Children’s Ministry of the Church of Christ, The Goodshepherds had paid an excursion visit to the FM Station of the Rivers State Broadcasting Corporation in Port Harcourt. The children who were highly elated were conducted round the various department of the Station among them News, Programmes and Engineering Departments. In the departments visited, they […]

The Bayelsa State Government has condemned the dumping of newborn babies at refuse dump sites within Yenagoa and its environs. Commissioner for Environment, Gbaranbiri Iselema, made the condemnation while featuring on the Public Affairs Radio Programme in Yenagoa. Iselema said that the Ministry had buried no fewer than nine dead newborn babies picked from various […] 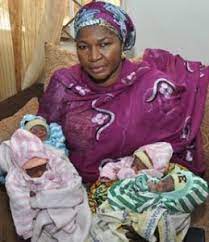 The Rivers State Chapter of Nigeria Association of Women Journalists, NAWOJ, has rendered assistance to a mother of quadruplets, Mrs Comfort Isaac who had cried out for help following safe delivery of four children. NAWOJ in conjunction with a Non-governmental Organisation, Susan Brown Foundation visited her at her residence to show support as there is […]